Art Deco was a popular style that, in spite of its important influence on the decorative and applied arts, only had a short florescence (1920-1939).


The style Art Deco arose in Paris after the First World War and became popular throughout the whole world. The name “Art Deco” is based on an international exposition that took place in Paris in 1925 and was called ‘L’Exposition Internationale des Arts Decoratifs et Industriels Modernes’.


Art Deco was an universal trend. It was not only used in architecture but also in other arts like painting, sculpture and the design of industry and interiors. However, the style only became known after it was used for the design of furniture. Interior designers often chose to work with exotic wood species and lacquerwork, but other innovative materials like chromium, nickel and celluloid can also be found in this style.


Apart from universal Art Deco was also a very progressive style. The founders wanted to reform the arts, what resulted in one style combining all sorts of elements from different trends. Therefore, in Art Deco features of for instance cubism, expressionism, modernism and functionalism can be found. This often makes it hard to identify and define Art Deco. However, despite the fact that there is no such thing as a general guideline, there are some elements like the use of clean-cut lines and forms and a modest design which make this style very identifiable.


It was not until 1971 that the name ‘Art Deco’ was being used in the rest of the world, thanks to the release of a book with the title: “The World of Art Deco”.

Art Deco is known for its austere and simple designs suitable for mass production. However, these designs were often combined with the use of expensive materials. The choice for materials divided Art Deco into two movements.
In the first movement designers chose to work with valuable materials crafted by hand, their products were therefore very expensive and only meant for wealthy families. The second form was simple, functional and thus manufactured for a larger, less well-off public. 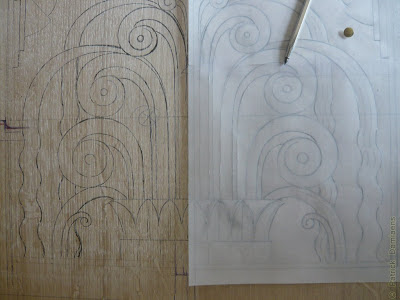 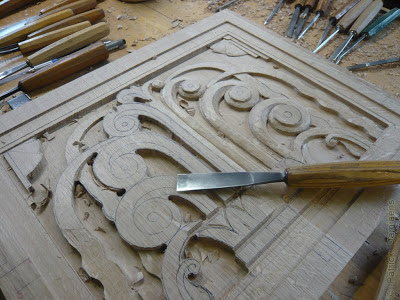