Heraldic family coat of arms carved in wood is one of my favorite specialties.  It is always a personal challenge to be able to carve a family coat of arms in wood. Heraldry is a very interesting topic and I am always happy and excited to have the chance to begin a new assignment for a heraldic coat of arms.
You get to know interesting people when you are learning about “their” fascinating family history. And for me –personally-, it is always nice to hear that they appreciate my craftsmanship and quality.
Every heraldic coat of arms is unique. Usually it will start with an example of the inspiration in the form of a drawing, sketch or and old photography, provided by the customer. 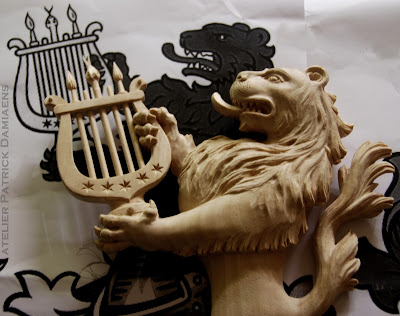 In some cases, there is always the possibility that the design cannot be used as a blueprint for carving the coat of arms. That may be because the design is too small, while the customer desires a bigger heraldic panel. In that case, the coat of arms has to be re-designed.  If you simply scale up a small design, the proportions cannot be maintained.  Usually, the composition must be completed in order to exploit in a better way the spatial layout.

It may be that there is no logic in building, in the assembling of the mantling or lambrequin, and it also happens that the original heraldic design was never intended to be carved in wood. After all, wood has its limitations.

Another important thing is that the relief fits the dimensions of the coat of arms. These small and sometimes even bigger problems you will encounter and you will need to solve them working together with your customer. 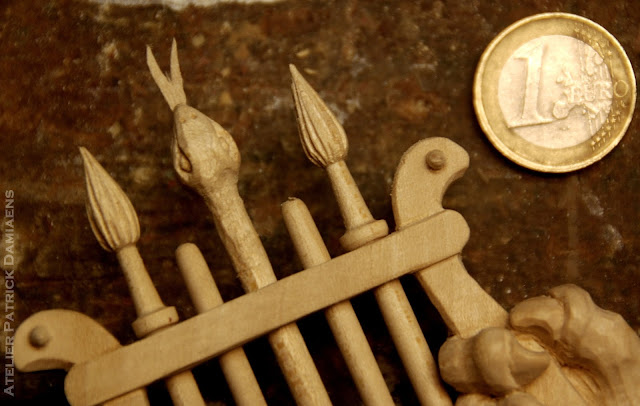 Cornielje coat of arms
Gerard Cornielje –the customer- thru his paternal side, is a descendant of the Baroness Marie Le Pesant of Bois-Guilbert and the Lawyer Pierre Corneille, patents of the poets Pierre Corneille Seigneur D’Anville and Thomas Corneille Seigneur de L’Isle.
The old Pierre Corneille (not without the help of his son, whose work “Le Cid” created commotion in the year 1637) was knighted by King Louis XIII in the year 1637 and renewed knighted in 1669 by Louis XIV, after the revocation of his original credentials.
(Probably under political pressure from Cardinal Richelieu, “Le Cid” was found morally reprehensible and Richelieu became jealous of the sudden fame of his former protégé.

The full title of Pierre Corneille “the younger” was Ecuyer (nl) Esquire) Pierre Corneille Seigneur d’Anville, a transferable title associated with land ownership and a fixed annual income.
The title Ecuyer was changed after the death of his father, into Chevalier (nl) Knight.
During the French Revolution in 1789, the noble family Corneille fled to the north and the family took refuge in the Netherlands, the rest of the family spread across Germany, Austria and Bohemia.

The name Corneille changed over the years to Cornielje, probably an adaptation; it was a common French use to change, to “Ducherize” or to “Germanize” a name, but also for the fear of the long arm of the revolution.
From the maternal side is Baron von Saxen from the branch Hippmann von Sachsen zu Bohemen. The origin of the nobility lies here in the year 1733 by Johann Paul von Sachsen Hippmann, because of his efforts in the service to the kingdom of Bohemia, elevated to Baron.


Here an image of our new coat of arms (notice the references to our original coat of arms being the red lion and the star) as well as the blazoning of our armorial bearings:


Blazoning of the heraldic achievement of the Cornielje family:

Shield:- Sable, between two wings Argent displayed a rose Argent, seeded Or, barbed Vert, between the primary feathers a coronet of twelve points (five and two halves visible) Or pearls proper and in base a star of six points Argent.


Crest:- a demi lion rampant Gules holding between the claws a lyre of five strings the outer being paint brushes and the central being a snake Argent the soundbox charged with five mullets Sable.

Right of bearing: Gerardus Wilhelmus Theodorus Cornielje, author, hipster * ‘s-Heerenberg/Niederlande 12.6.1962, his fiancée Rachel Naomi Ben-Dror, dolphin-trainer, officemanager, * Eilat/Israel 26.8.1981, his succession of both gender born in wedlock, as well as all descendants of his father Gerhard Everhard Cornielje (1926-2001), provided that they bear the last name Cornielje. 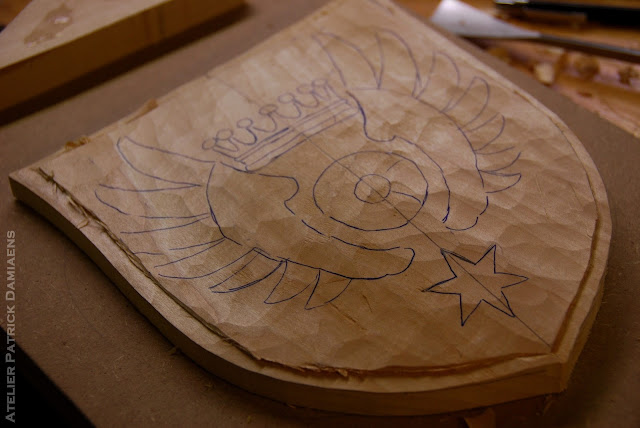 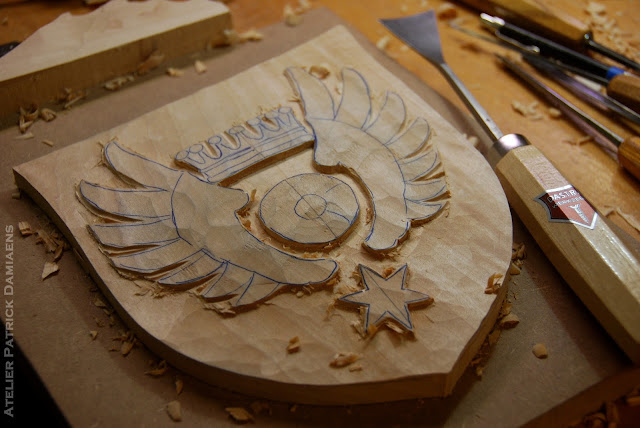 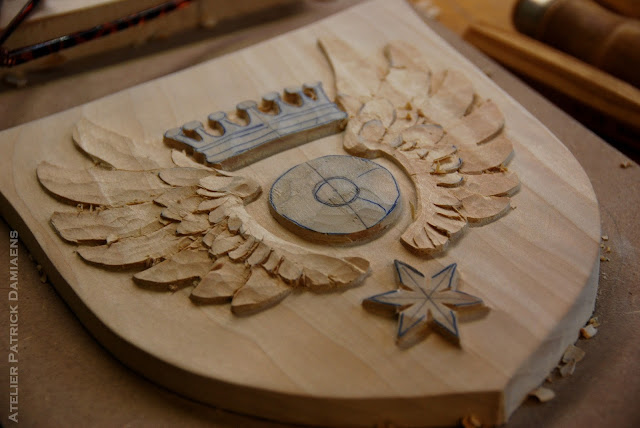 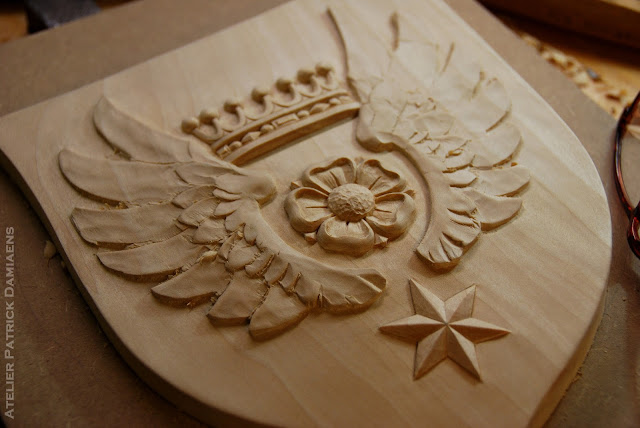