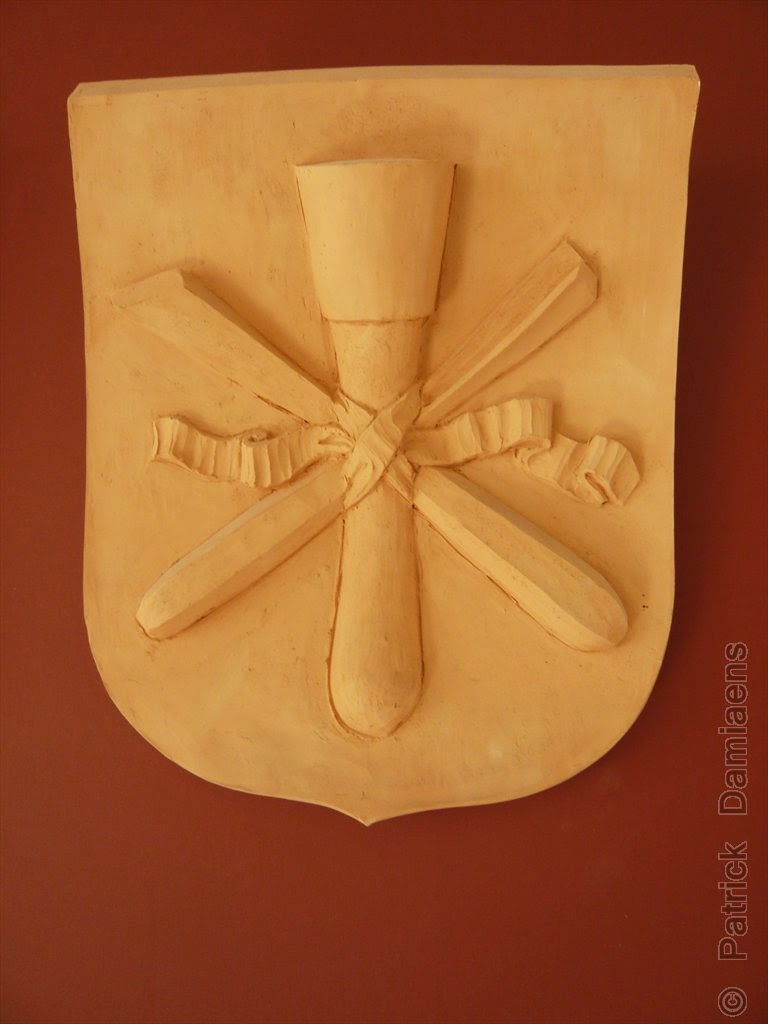 The dismantlement of the program ornamental wood carving at the Don Bosco Institute in Liège, Belgium.

The wood carving and ornamentation program at the Don Bosco Institute is truly unique in our country, and has been around for 116 years! I was fortunate enough to attend this fine institute from 1986 till 1989. Due to the high number of enrolments, at the time, an entry exam was required; and only a total of 12 students were admitted to join the program.

The department wood carving and ornamentation at the Don Bosco Institute was on top of its game: ”There are only a few schools of this standing found in Europe”. The groundwork of this department, founded in 1896, was of course the decoration and embellishment of furniture and interiors. For many candidates the Liège Style ornamentation was a style period with a future. It guaranteed job security for many generations of students.

But times they are a-changin’. Over the last 15 years the demand for Liège Style ornaments declined rapidly, which meant that the master craftsmen working at Don Bosco had to adapt to an ever changing situation.

The demand for other types of wood carving increased. These included predominantly restorations of churches and other monuments, where decorative elements needed to be repaired or replaced. Furthermore, these commissions were not restricted to Liège Style ornaments. They could also include Baroque, Gothic or other style periods.

Closing down the department

Early September 2011 the management of the Don Bosco institute decided to close down the “Section Sculpture”, i.e. the section wood carving. This decision was grounded on the fact that there were only 9 enrollments for the program that year. However, other departments at the institute were experiencing similar problems, but the program wood carving and ornamentation was the only one that got cancelled. Why? This decision was never officially justified.

How is it possible that such a renowned department was no longer capable of attracting sufficient students? The topic was also discussed with the chief inspector of the educational department of wood science in Brussels. He couldn’t understand the school management’s decision either, and stated that his department had given a positive evaluation to the wood carving program in Liège, as was the case every year.
The chief inspector deeply regretted the situation, but said his department was not too blame.
How can this loss then be explained?

The annual exhibition and open day organized by Don Bosco was one of the only moments during the year all departments benefitted from a joint effort to show off their skills; reaching a wide, more diverse audience. It was the ideal time and place to promote yourself and your “métier”, i.e. craftsmanship; also with the purpose of inspiring a new generation of students. Every year many people, both domestic and international, were eagerly looking forward to the first weekend of June, when the open day would traditionally take place.

Indeed, this exhibition was also very popular abroad! This is not an exaggeration. I remember very well that during some editions people had to push and shove to get in. It was incredible what this school had to offer, and with what kind of passion the professors, or “professeurs des ateliers”, radiated this. They knew all too well how important that day was for their respective department.

In 2006 the new management decided that the annual open day, and other expositions inside and outside the school, no longer fitted the renewed vision of the institute. Why go through all this trouble? Why put in so much effort every year? The students would keep coming, no matter what. This perception would appear completely misplaced! Year after year the departments saw a steady decline, with fewer enrollments, which ultimately resulted in the termination of the institute’s showpiece, the “Section Sculpture”.

In 2012 yet another management team was troubled with the mistakes of their predecessors and came up with an alternative for the closed down department of wood carving and ornamentation. They proposed the idea to start a program “Kitchen installer”!?  I quote the new management: “We are continuously adapting and adjusting” (KLASSE - nr. 231; monthly magazine for education).
Of course it is appropriate and even necessary to adapt and adjust to an ever changing market, but is the installation business really waiting for this type of “school program”, when IKEA manages to summarize the intricate process of a kitchen installation on one sheet of paper? Well, what do we make of all this?

I have been a full time independent wood carver for over 22 years. Therefore, I know all too well how important it is to create a strong, distinct profile of my company globally, which allows people to get acquainted with my passion and craftsmanship. Our modern society expects that all information can be found online.
The Don Bosco institute should have used the internet, social media networks and so on, to attract new students and to forge a strong global reputation. This is the fame it deserves. The line of trade where freshly graduated wood carvers end up in is without any doubt a global one.
I am convinced that if Don Bosco would have made optimal use of the press, multimedia, exhibition possibilities and the good name of the department, it would have easily got the 12 mandatory enrollments it needed to survive. It is as the saying goes: “Unknown is unloved, unknown is unprotected”. 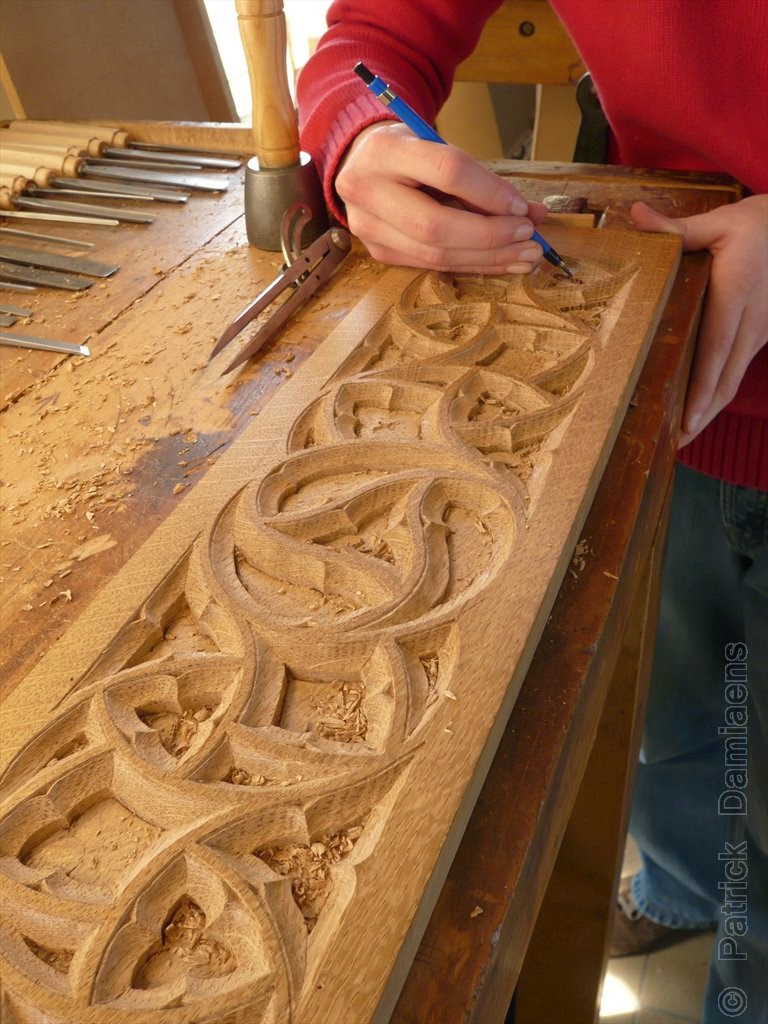 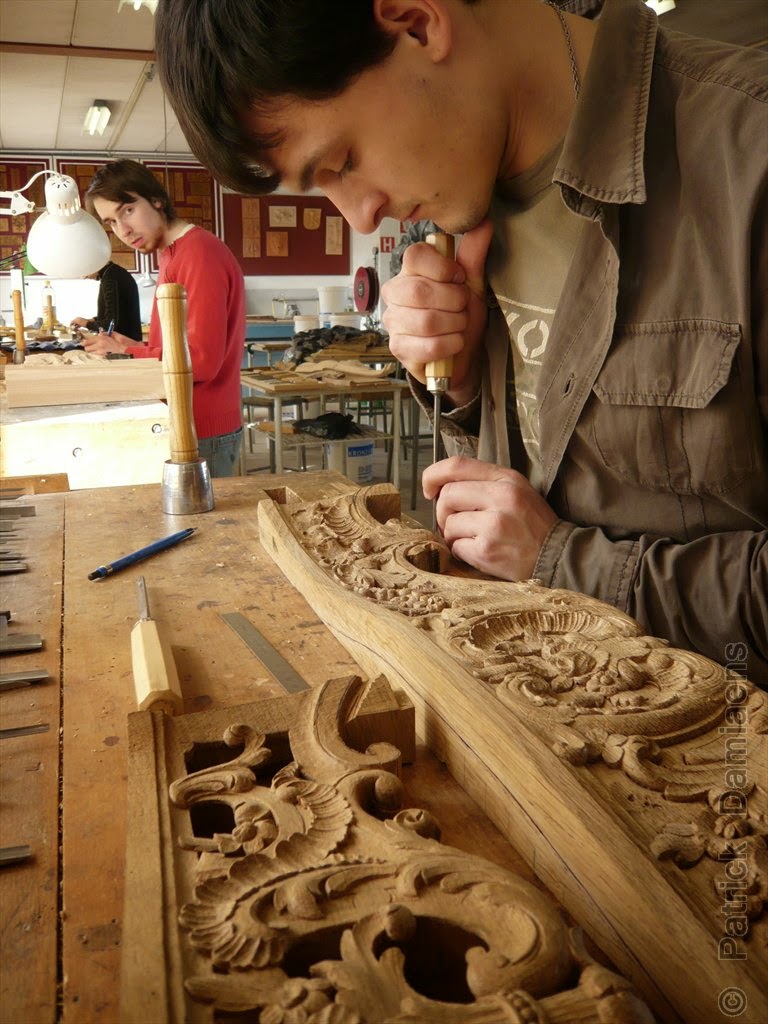 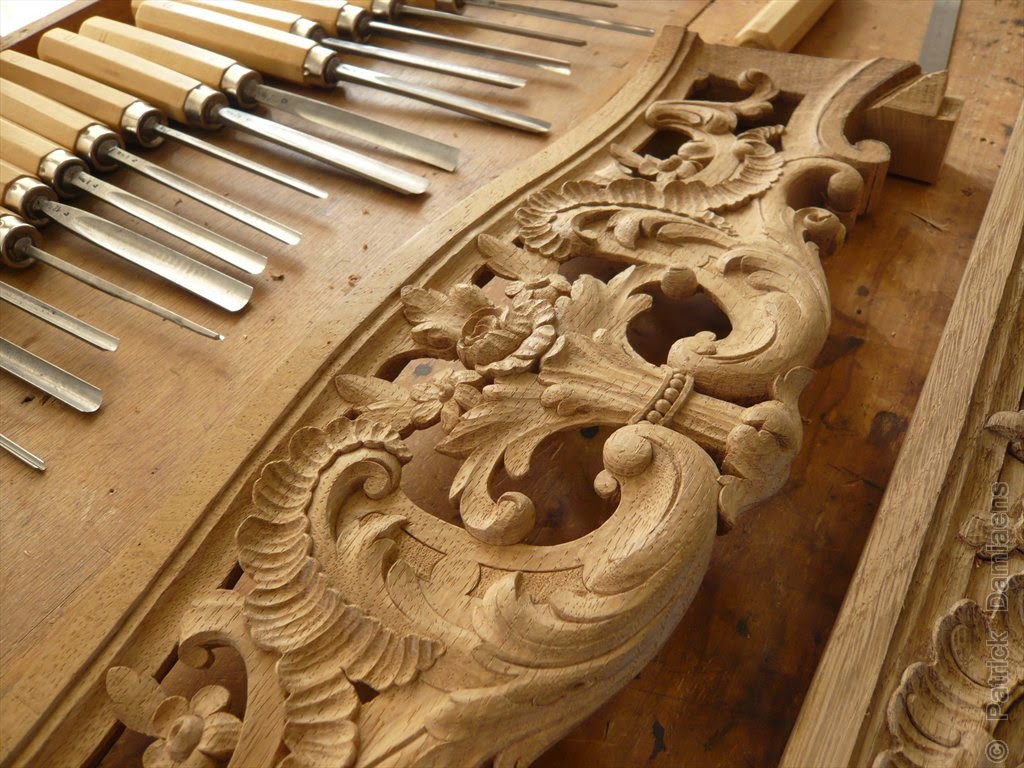 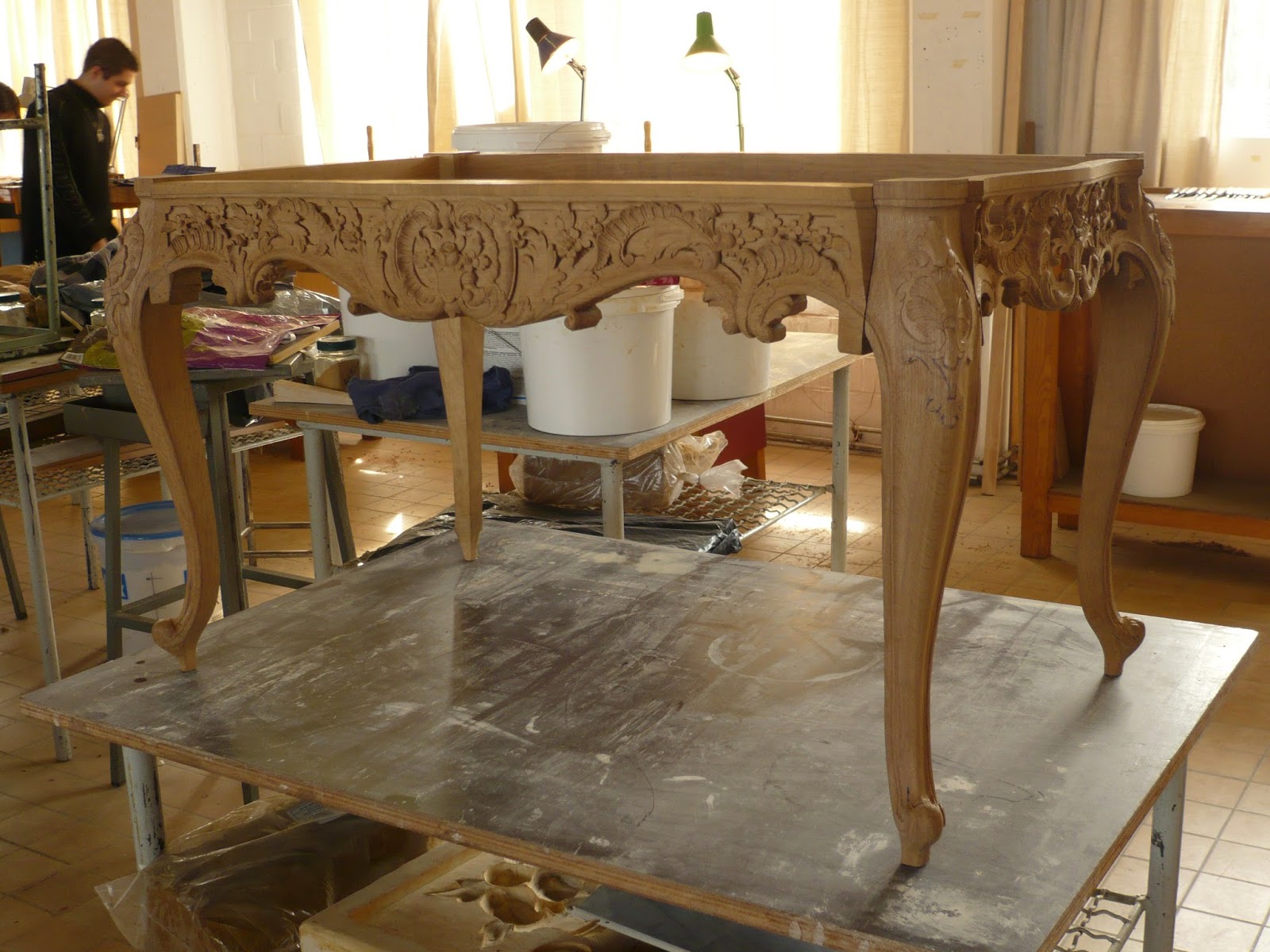 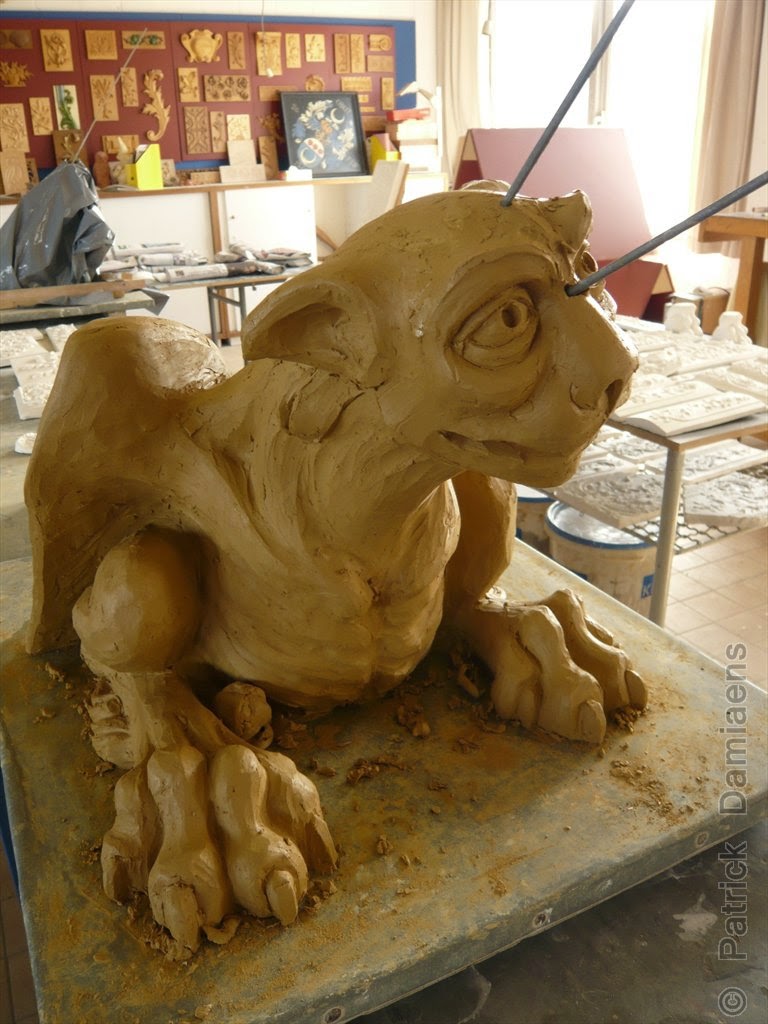 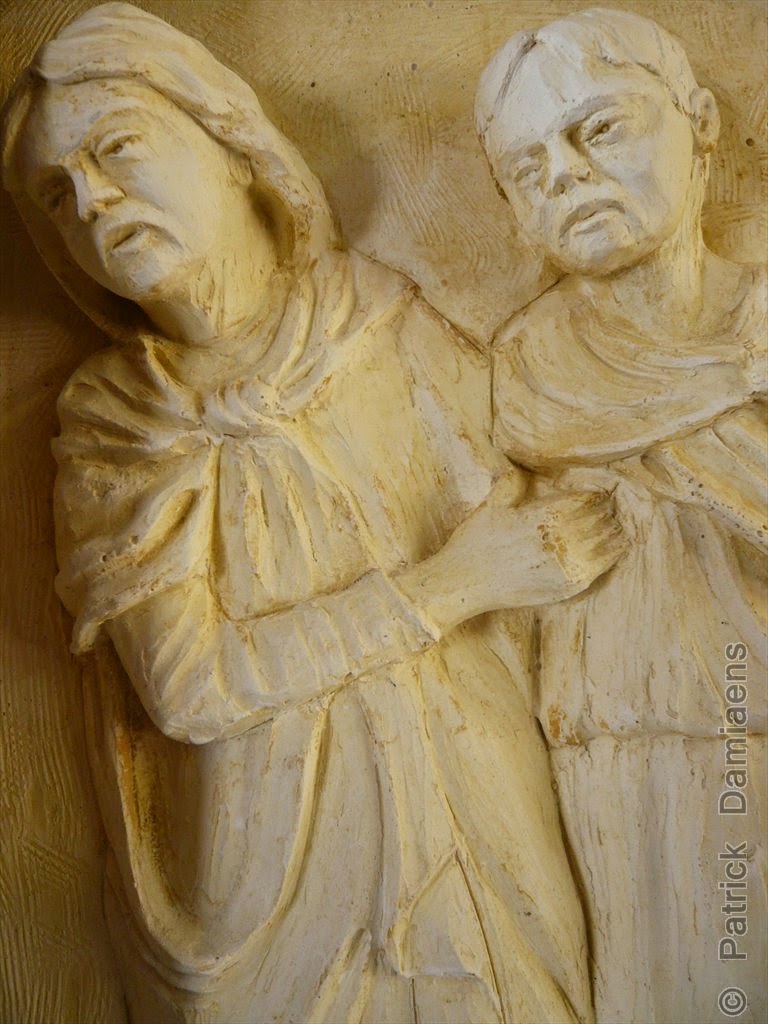 
Some time ago I was contacted by a person who was in charge of the dismantlement of the department. He asked me if I was interested in the work benches of this prestigious institute. With some of my students I went to Liège and upon arrival we noticed that the “Section Sculpture” was already stripped completely of its 116 year history. For example, all the old plaster and wooden models, dating back from the year of the department’s inception in 1896, were gone.

A unique archive of old photos, slides, books and drawings, which had been meticulously put together over the years by students and professors, disappeared. It is sometimes devastating to see how our heritage is under attack. This is what happens when ignorance gets the upper hand.

One would like to think we learned from our past mistakes, but history repeats itself. With a great deal of sadness future generations will think back to past times and realize how much unique knowledge was lost and wander who was responsible for making such rash, thoughtless decisions. 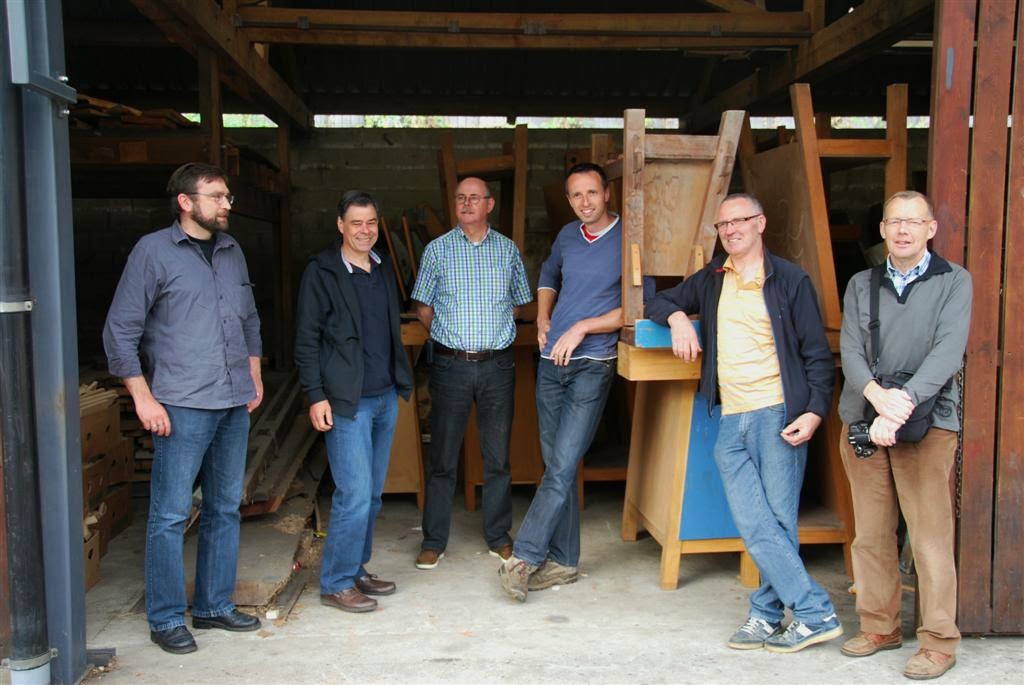 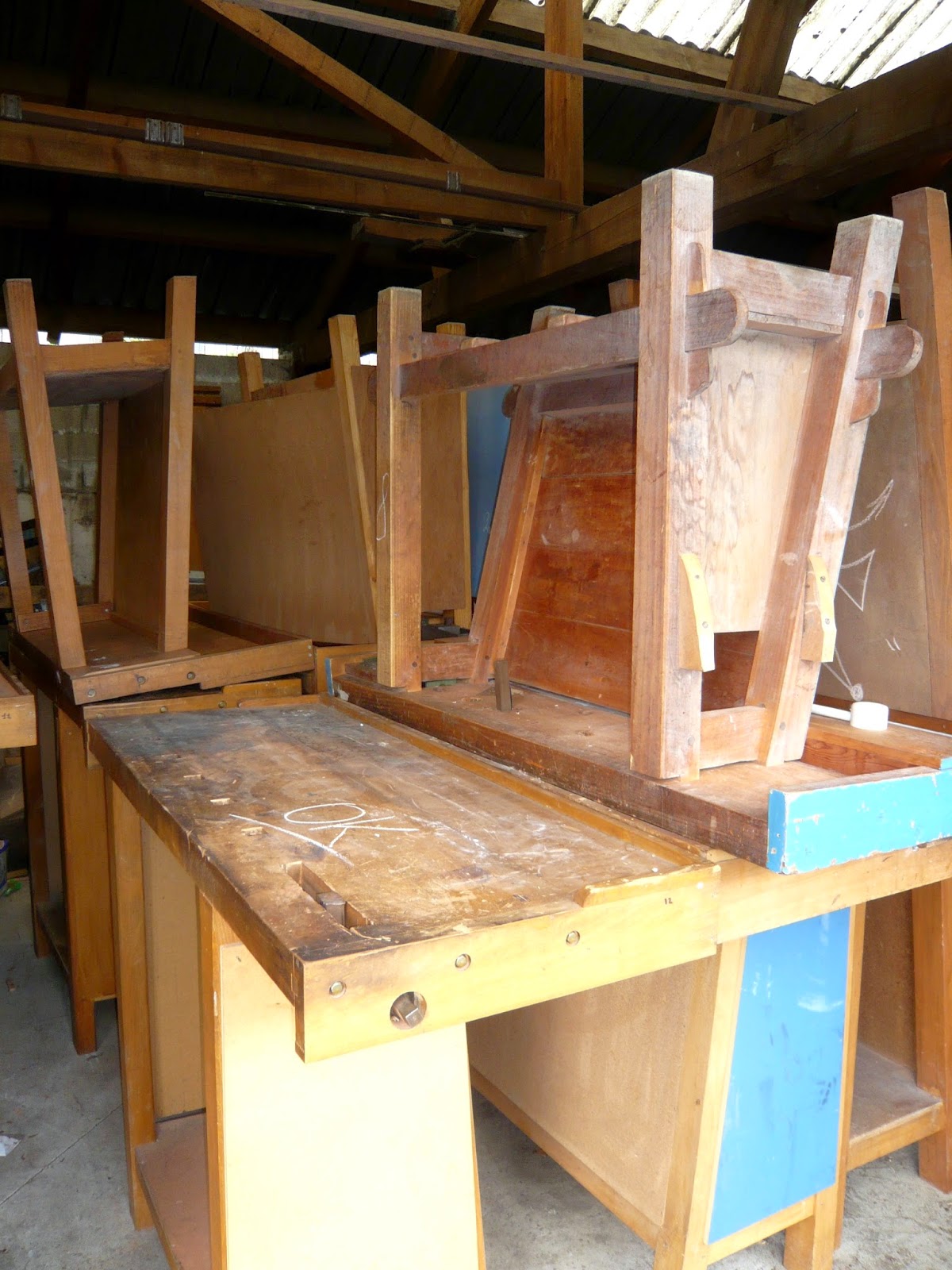 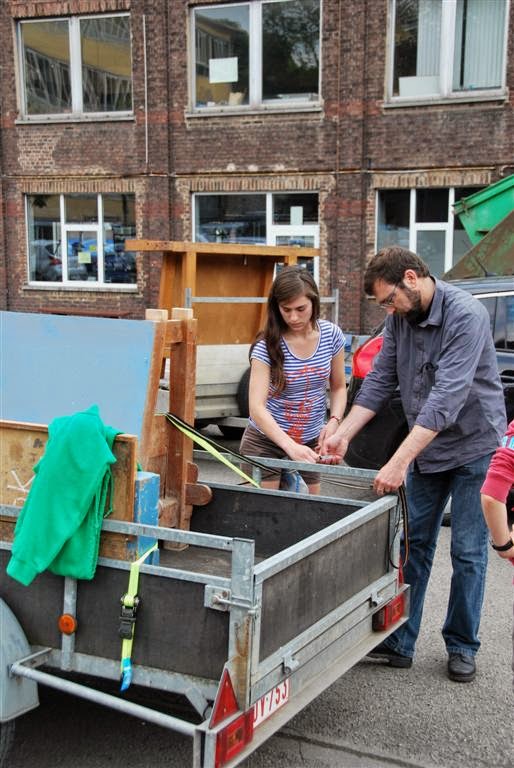 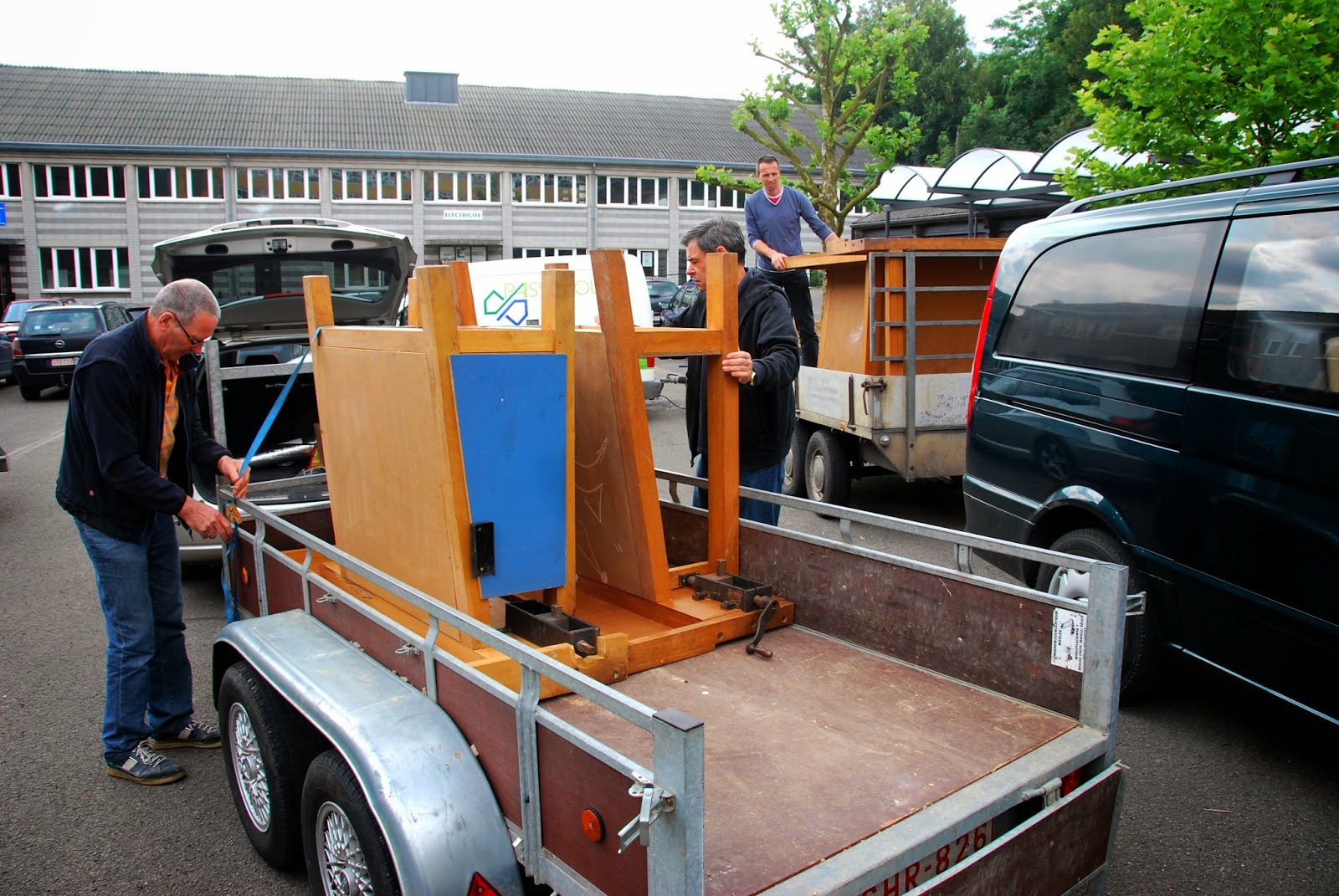